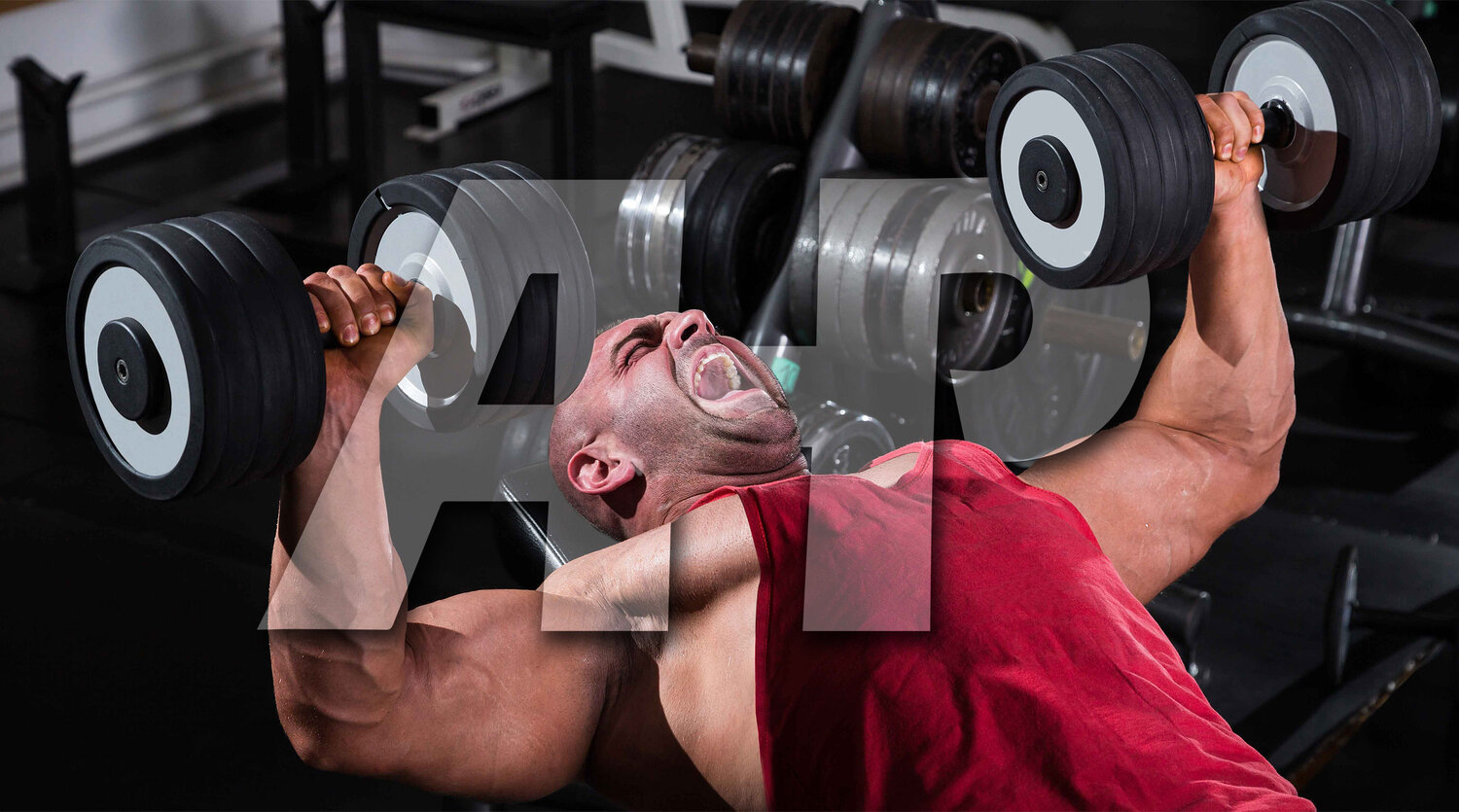 Simply grab bands or cables (i.e. laying in between two cable columns), attach them to your wrists or forearms using wrists straps or arm slings (typically used for hanging leg raises) and perform dumbbell chest presses.  The force of the cables will attempt to abduct your arms throughout the duration of each press.  This will result in amazingly high levels of tension throughout the pectorals as you resist by isometrically adducting your arms (while holding them in a neutral position).

The dumbbell squeeze press is one of my favorite exercises for developing the chest.  That’s because pressing the dumbbells together resembles the contracted position of a chest fly.   In fact this is perhaps the only traditional free weight chest press that simultaneously involves shoulder adduction and shoulder flexion forces.

Unfortunately, it’s quite easy to minimize the adduction/fly factor as it only requires minimal or moderate effort to keep the dumbbells pressed together.  In fact once they’re locked in to each other the squeeze press can tend to feel more like a neutral close-grip chest press.  Even using the muscle mind connection to isometrically contract the pectorals and simulate a chest fly can only do so much as there’s minimal force acting to abduct the shoulders.

This is where adding the anti-fly component by incorporating cables or bands with abduction forces maximizes the effects of the squeeze press.  Instead of feeling like the dumbbells essentially stick to each other once they’re pressed together (as they would during traditional variations), you’ll be forced to squeeze the dumbbells together with near maximal effort and intensity throughout as anything less will cause the dumbbells to separate.  Simply put, adding the anti-fly press component turns the dumbbell squeeze press into the exercise it was truly intended to be when originally developed.