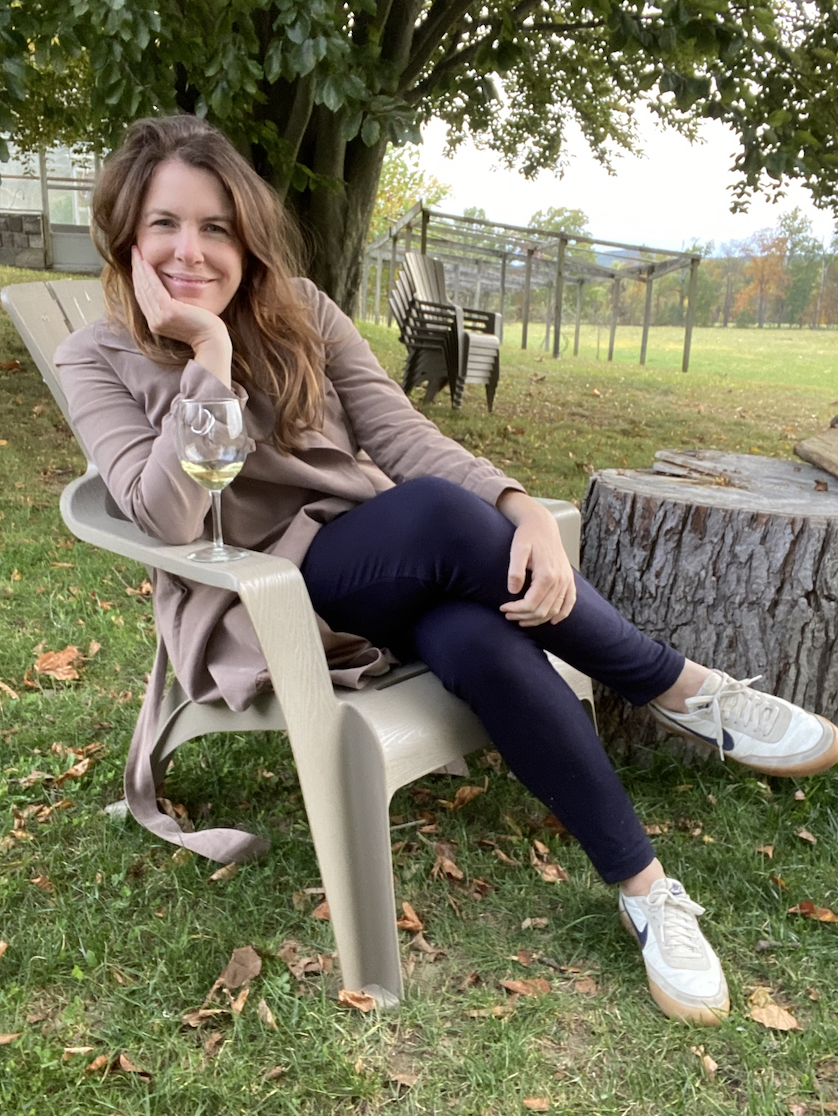 Last Sunday was one of those perfect fall days in New York City that makes you forget all the reasons this city drives you nuts and fall in love with it all over again. So, I left my phone on the kitchen counter, and nine-year-old Anton and I took off on a bike ride. We bumped over cobblestone streets and passed young couples playing cards on picnic blankets and drank lemonade on a park bench.

It was one of those epic days where everything works out. But a weird thing kept happening.

Now and again, my hand absentmindedly reached into my bag and fumbled for my phone. Since my phone was at home, I noticed these periodic grabs. How often do I pull out this thing? I began to wonder. And what am I missing when I do?

On our bench, I looked around: Anton’s blonde hair ruffled in the wind. A belly-forward toddler watched her mom blow bubbles. Two guys rode by on their bikes, one without using his hands! A ferry chugged down the East River, and the sunshine made the waves sparkle. 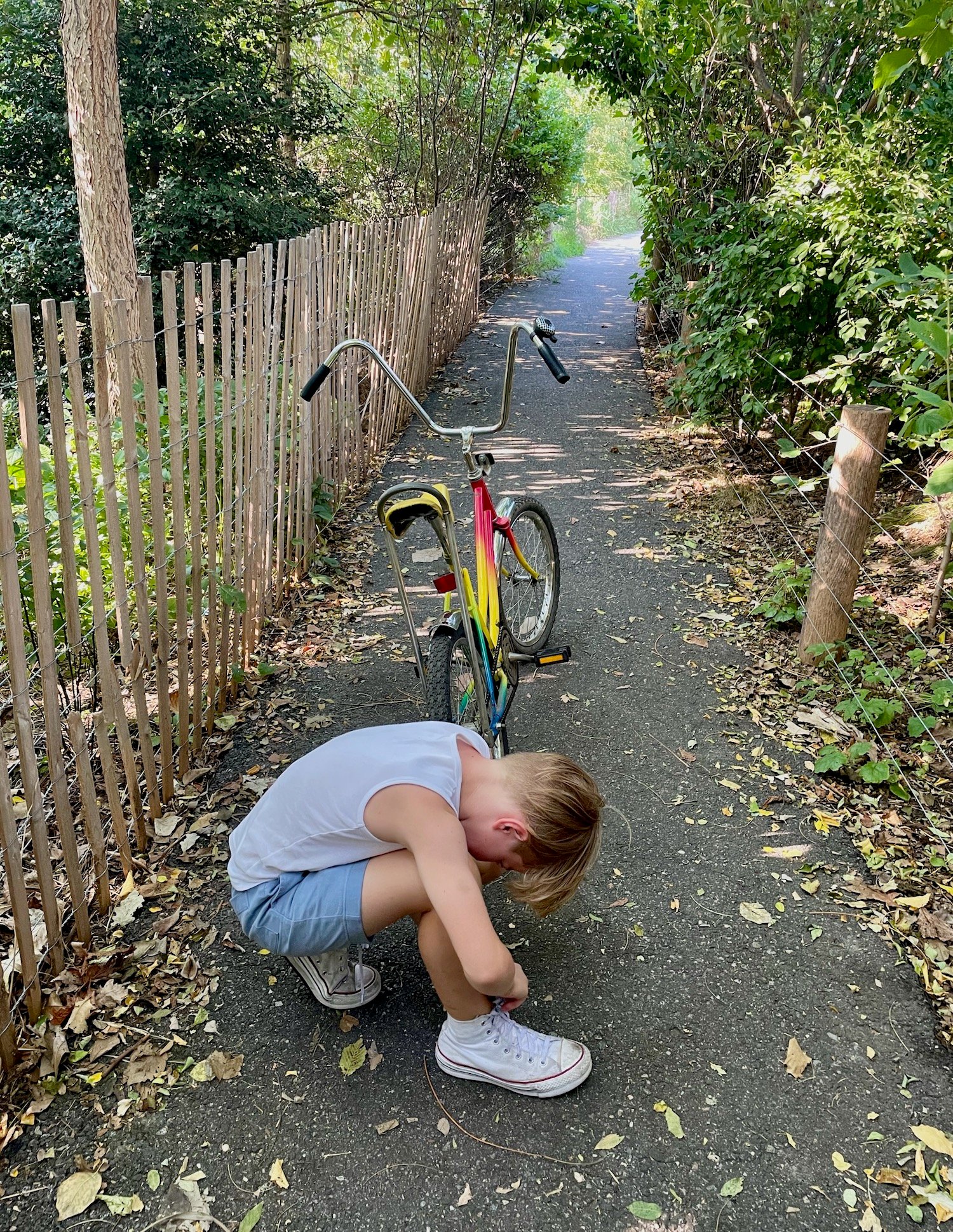 My navigator tying his shoe (taken with my friend’s phone!).

Recently, I read a NYTimes interview with cartoonist Lynda Barry, in which she shared a great anecdote:

“I have a friend who’s a writer. No matter what…he’s on his phone. We were sitting out in a parking lot, and there was a guy who came out who was in this full orc costume with a shield. I thought, I’m not going to say anything. Let’s see if my friend looks up. The guy passed right by him and — it was outside a hotel — tried to get through a revolving door. There’s all this bump ba bump ba bump, and if my friend would have looked up, he would have seen an orc go by! But he never looked up! Then later I told him, and he’s like, ‘That didn’t happen!’ It totally did happen! So something that closes you off to the world that you’re in — I mean, I could be on TikTok all night long. I keep deleting that app because I love it so much. But something that takes you out of your environment, you pay a high price. You miss the orc.”

To be honest, I adore my trusty phone, and for good reason: the funny comedians, the texts with friends, the photos of my kids. And many smart people work full time to make phones addictive and compelling, so we shouldn’t feel bad! But this fall, as much as possible, I’m inspired to turn it off and soak up the world. I’ll read poetry and books (this one looks great). I’ll admire my children puttering around. I’ll trace the freckles on my thigh that Alex says look like the Big Dipper. And maybe, I don’t know… stare into space?

Because, honestly, seeing the world is just nice. “I do get a deep pleasure from looking,” says artist David Hockney. “I mean, I can look at a little puddle on a road in Yorkshire and just have the rain falling on it and think it’s marvelous.”

P.S. Trying out slow parenting, ups and downs of living in NYC, and do you worry too much?

(Comic by Liam Walsh/The New Yorker, via this post.)

What Pact Items I am Sporting on My Subsequent Journey (Plus, a Sale!) Wellifestyle ABOUT US
Welcome to the well lifestyle blog! We are all about health, beauty and lifestyle. In this article I'll be talking about how you can use Nutrition for a lot of different things - from therapy to cooking, how they've helped me personally, as well as some tips on how you can do it too.
Contact us: [email protected]
FOLLOW US
© © Copyright 2022 - Welllifestyle
MORE STORIES
Health